There are many different systems of belief for a deity. Within 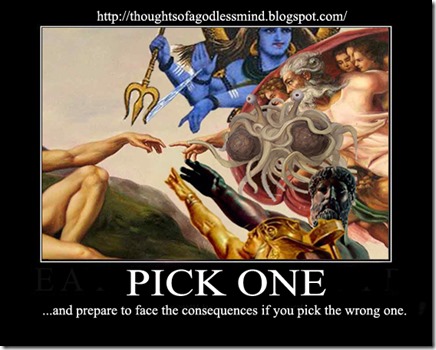 each system there are separate divisions consisting of variations of that system. Furthermore, there have been and continue to be many radically different imagined gods.

Pascal’s Wager fails because it does not consider that there have been many gods, and are many gods today believed in by many peoples. Choosing the wrong god can be just as much of a mistake as choosing not 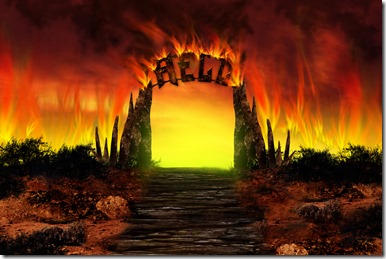 The most logical course

worthy of the title god out there in the universe that such an entity would make itself known so as to eliminate deceit and confusion. Since no such entity has presented itself in such an undeniable fashion over the eons, it can be safely assumed that none exists. That is my present stance.

This entry was posted in Reason, Religion and Reason and tagged Pascal's Wager. Bookmark the permalink.