If you have blogged enough, as I have, and gotten your real name out there, you know that sooner or later someone who has been rankled by this or that you have said will track you down. In this case, tract you down.

It’s scary but if your name is out there as an atheist, sooner or later someone will Google your name and get your address. I am easily found. Well, someone did and they sent me some lovely little Jesus tracts. Cowards though they are, as they were careful not to include a name or return address.

Here’s one about the Candymaker: 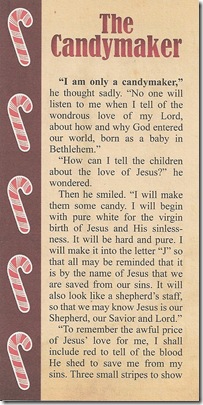 This is what the Wikipedia has to say about the Candy Cane:

According to a popular account, in 1670, in Cologne, Germany, the choirmaster at Cologne Cathedral, wishing to remedy the noise caused by children in his church during the Living Crèche tradition of Christmas Eve, asked a local candy maker for some sweet sticks for them.  In order to justify the practice of giving candy to children during worship services, he asked the candy maker to add a crook to the top of each stick, which would help children remember the shepherds who paid visit to infant Jesus. In addition, he used the white color of the converted sticks to teach children about the Christian belief in the sinless life of Jesus. From Germany, the candy canes spread to other parts of Europe, where they were handed out during plays reenacting the Nativity.

A recipe for straight peppermint candy sticks, white with colored stripes, was published in 1844. The candy cane has been mentioned in literature since 1866, was first mentioned in association with Christmas in 1874, and as early as 1882 was hung on Christmas trees.  Chicago confectioners the Bunte Brothers filed the earliest patents for candy cane making machines in the early 1920s.

Geesh, ruin everything, don’t they?

Whoever sent these were concerned for the fate of my eternal soul…. 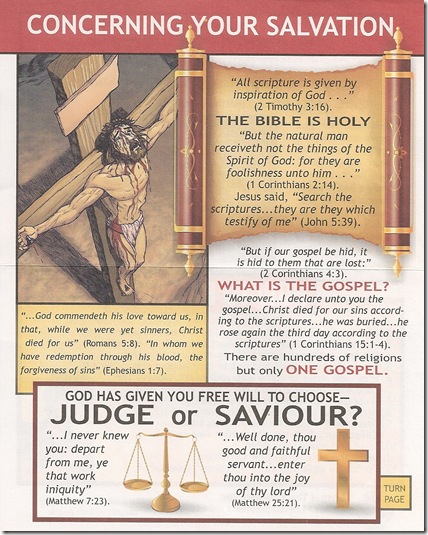 Jesus on the cross, as you most likely know, is a holdover from the times when Christianity wasn’t called Christianity and they actually engaged in human sacrifice.

Let’s not forget how you are supposed to look at the Xmas season: 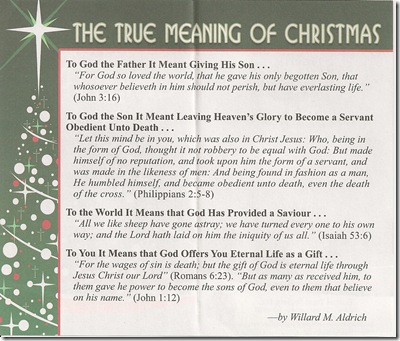 Everybody knows that the 25th day of December was not Christmas but began as a pagan holiday. It was a celebration of the Sun’s, not the Son’s, return from its southern trek. 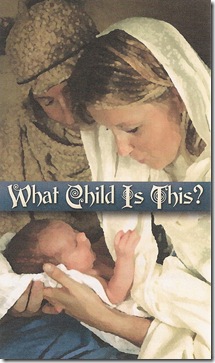 Finally, they seem to think no one in the U.S. has heard just what it is they are talking about. Jesus Christ! Of course I know who that kid was supposed to be. As an atheist I probably know more about the Bible than most Christians.

I know these people sincerely are trying to be nice, and probably think they are doing something good. Don’t they realize I am an Atheist? Do they think scriptures mean anything to me beyond the words they express? At this point in my journey all I could do is laugh. I am embarrassed for them that they still believe this stuff.

If they had given me their address I could have sent a few non-tracts back to them. Maybe that’s why they didn’t include it. Or maybe they thought I might track them down, like they did me.

This entry was posted in Religion and Reason and tagged the fearless atheist, tracked down, tracted down, Tracts. Bookmark the permalink.