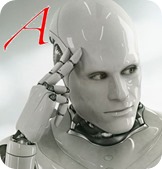 The cry is often made for “open-mindedness”. Usually made by those with a perspective which they wish to spread. By making the plea they hope to decrease the resistance to whatever issue or world vision they wish to promote.

This endeavor is quickened by creating a ready and malleable as well as receptive gallery. Some of these receptive vessels reside in groups that form with good intent, but become twisted due to actions by invading ideologies.

There are the “Co-existers” who in the name of “open-mindedness” believe erroneously that groups that desire each others’ demise can co-exist within close proximity. Religious as well as other ideological groups that carry within them incorporated hate will never accept each other within the same realm.

There are the “humanists” that I liken to the “Can’t we just get along” crowd. Willing to endure those who carry baggage in excess just to maintain a peace which will not, cannot last.

There are the myriad “atheist” groups which form for the noble purpose of eradicating the ignorance of religion, but more often end up being co-opted by other groups with less noble goals.

It is time to put a meter on that phrase: “open-minded”. It is of paramount importance that a point be set, found, or determined where “open-minded” exceeds reason and becomes absurdity.

This entry was posted in Reason. Bookmark the permalink.