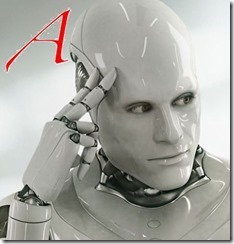 Nature is indifferent. The storm is not singling you out. The tornado that smashed your house did not have that in mind. The flood that carried you adrift just happened and wasn’t scheduled. The shark that took off your leg simply thought it had found food and was tasting. Nature is not out to get you even if you suffer such calamities a hundred thousand times.

The earth orbits the sun but in its travels never thinks of you. You may be like a virus in your infection of the planet, but the planet is defenseless against you and would likely end up destroyed if you pursued such a course. Your activities may lead to retribution, but it won’t be a conscious retribution. Global warming may drown you, destroy you, but in the end it was your activity that precipitated such an eventuality. Volcanic activity might produce the same effects but that would not be an act against you… you were simply unfortunate enough to live at the time to suffer the occurrence.

There are no deities, demons, or other supernatural beings scheming against you. On the other hand there is no force looking out for you either. Pray all you want to no avail. You have to look out for yourself.

This entry was posted in Reason and tagged indifference. Bookmark the permalink.