Well, it’s time again. My hackles have once again been raised by that which defies the bounds of logic, that evil that permeates our time, the betrayers of half the human species… stinkin’ feminists.

There once was an old woman, her name was Shulamith Firestone. She hated and spoke publicly of this hate, a hate that was without foundation. She hated men… because they were men. She stared out the window, I am sure, at the passing of life. Alone, unloved, old and friendless, except of course by the very infrequent people 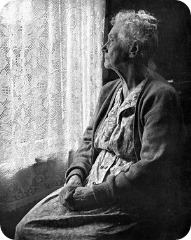 who stopped by that shared in her paranoia. She died. She was so alone, and so friendless due to her hate, that she sat, decomposed slowly, and was found three years later. A death, I am sure, she deserved.

Patriarchy never existed. Yes, there were men leading in many things, but… they were expected to. They did what was expected of them. They worked tirelessly to provide for families. They provided protection. They went to war and died when they were told they must. The rich were in charge.

At first, no one had the vote. Then, as a reward for military service, those men who served received the vote.

Immature and whiny women decided that they should have the vote without regard to the nature of why men had gained it. Through bombings, protests, and riots the public was convinced to provide the vote for women… with no strings such as military service attached. Yes, it is true… the suffragettes were not

heroines, not satisfactory role models… they were only terrorists.

Now my beef is that I feel strongly that feminists have infiltrated atheist groups, including humanist groups, and diverted the activities and financial resources of said groups to the goals of feminism. My goal in such groups has always been to further the acceptance of atheism among the general public. I am frustrated that I cannot engage in such groups without inadvertently aiding feminism. I assert it is an ideology based on hate, much like that of hate of which

the Nazis were charged. This time not just for Jews, but for all men.

Meanwhile, it is my hope that feminists everywhere share the same fate as Shulamith Firestone. Keep looking out that window at normal people living their lives. You are so frustrated, I know, that you cannot control everyone with your twisted ideology. Grit your teeth, demon feminist, and grow old as you hate. Grow feeble as you continue to shake your withering fist at men doing manly things. Then die… die and waste away in your rocking chair, your gaze still upon the life outside which you could have lived instead. Maybe in due time

your body will be found putrefied. Your epitaph will be one or two lines in the news expressing regret that yet another old spinster was so forgotten that no one knew she was gone.

This entry was posted in Feminsim(Stinkin'), Reality, Reason and tagged feminism. Bookmark the permalink.