Chief Wahoo, the mascot of the Cleveland Indians, like, forever, is going to be slowly, increment, by increment, retired.

A case, I think, of a people that take themselves way too seriously.

Meanwhile, another business, and yes the Cleveland Indians is just a business, Manner’s BigBoy continues to use a big fat white kid for a mascot as they always

have and no one has ever complained. I mean, what kid has ever had those proportions? Then too, not very flattering to their menu if you end up as fat as this kid.

Nope, I do not see it as a matter of pride. I do not see it as a denigration of a people to have a mascot, either red or white, that is an intentional caricature. I see this as a surrender to a group of individuals who simply want to make a statement and have everyone sit up at attention… a stunt. It has nothing to do with pride. It has everything to do with posing as a victim. I do not consider the mascot, Chief Wahoo, as racist… I see the efforts to erase him as racist. 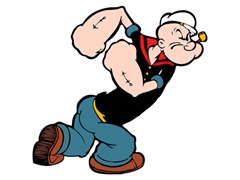 Anyone ever seen anyone that looked like that? See anyone complaining that it is insulting to Caucasians? Big useless forearms at the end of spindly biceps… he’s handicapped… he’s a freak… he’s one of my favorite cartoon characters. Let’s translate him into reality and imagine what he would look like… 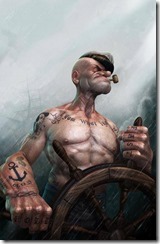 Seen anyone that looks like that? What if this is an insult to all whites… hear anyone complaining? NO. And you won’t, ever… because it takes immaturity to complain about what is obviously an imaginary character made for amusement… just like good old Chief Wahoo.

This entry was posted in Reason and tagged Chief Wahoo. Bookmark the permalink.