Human evolution continues… at least for some.

Physical change is only one part of evolution. Thinking, the human mind, evolves as well. Evolution has allowed humanity to survive in the world of savagery. It made it possible to adapt to many areas of the planet as humans spread out from Africa. Everyone’s ancestor started there.

Humans are all the same genetically, with very few differences, resulting in some cosmetic differences and advantages for their habitats.  The races do not exist and are a construct of the human mind that divides. All humans are the same species.

Looking at various other apes makes it clear that they also are related, though not as closely as humans are to each other. Some speculate that reproduction between humans and chimpanzees might be possible.

Many humans have exhibited signs of having evolved a greater degree of capacity in empathy and compassion. Realizing that it is only culture that separates people, they know that no matter what area of the earth a human lives in, they are very much related to all other humans. The entirety is one. By this means, they begin to show empathy and compassion for others, not only because of what they might gain, but in a completely altruistic way.

And this is the direction we should go.

The concept of races must end. The children must be schooled to understand their emotions, they must be taught to care. For some, physical anomalies in the brain may bar them from being fully human, able to have compassion and empathy for strangers. Those must be carefully managed, directed into paths where they can fulfill themselves and be kept away from positions of authority. Once and for all, it must be acknowledged that equality can not exist in all, but that all must be treated equally and compassionately.

War must end. Endless war must end. Humans need to stop measuring eras in relation to war. Humanity must stop glorifying war. Human reasoning should have adequately evolved and enable peaceful solutions to be found, rather than wasteful, heinous war and destruction. Something like the United Nations needs to be created. The United Nations as is has been corrupted by religion and tribal hate. Humanitarians, humanists, from every area must come together and put an end to hate, warfare, hunger, disease, and many other afflictions of humanity. There is enough food presently to feed the world, if only the rich did not keep it from the world. No one should starve.

How can this be all accomplished? One can only say this: If it is not started it can never be accomplished. People can tug the wagon in assorted directions and go no where, or they can decide on a direction, all get on the same side of the wagon… and pull. Cooperation is the only way, petty squabbles and concerns must end. The stranglehold of barbaric religions must be broken, or, should extraterrestrials ever arrive they will only find ruin. 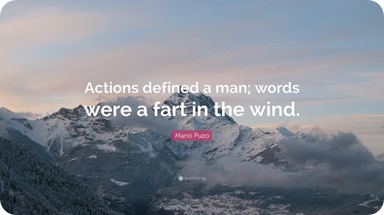 This entry was posted in Reality, Reason and tagged Mental evolution. Bookmark the permalink.