This issue is never settled. It never will be completely settled unless the education level becomes greater.

The question in the title: “Aren’t you glad you weren’t aborted?” is asked in many pro-life pleadings. The answer is, of course, everyone is glad to be something

rather than be nothing. Turning the question around a little bit and asking instead “What if your mother had aborted you?”, is something the pro-life crowd avoids. If your mother had aborted you, you would not be aware of it. You couldn’t care, because you’re not. Your non-existence would simply continue. You would not be around to contemplate the question.

born, of emerging from the birth canal, a squeezing, like being crushed out by some log. Then I learned that I was born through  a caesarean  procedure. I was cut out like some tumor, some parasite. There was no squeezing, no forcing out, I was simply removed.

Let’s take this pro-life label and examine it. Actually, it turns out that it is a pro-fetus stance, and has little to do with life after birth. The pro-life crowd is not concerned about what happens to a child after it is born. Its quality of life after birth is not at the center of their concern. All that matters to these people is that the woman be forced to carry the fetus until it is to term, even if it kills her. 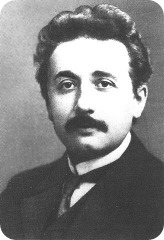 Usually the pro-life stance is the result of religious beliefs. An abortion would interfere with God’s great plan. Often they ask “What if the next Einstein ends up aborted?” Many answer with “What if the next Hitler ends up aborted?” In desperation they ask “Don’t you have any compassion as to what that child might have become, what part it might play in God’s plan?” Unconcerned with quality of life on this planet they would have women pumping out children until they

are exhausted, until we stand elbow to elbow, until you need the cooperation of the

crowd simply to turn around. What good is life, without quality of life? Is the possibility of dying at each other’s throats, killing each other like rats in a cage too small,  what the writer in the Bible meant to happen when exhorting people to go forth and multiply?

It is the pro-life crowd, no, the pro-fetus crowd, that lacks compassion. They care not about the quality of life, they care only about the quantity. Many in the pro-life crowd hold fast to a belief in the death penalty. They would force the community to put to death a life as an “Eye for an Eye” while in the same breath proclaiming that abortion is murder. These same “good Samaritans” oppose Euthanasia. We treat our dogs and cats better than people when they are 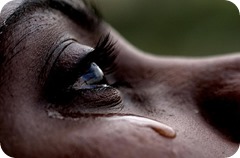 old and in pain. They insist people die in “God’s time” not human time. God’s will be done, regardless of the suffering, the pain, the lack of consciousness, in spite of the pleading “please let me go.”

This entry was posted in Reason, Religion and Reason and tagged abortion, Euthanasia, Pro-fetus, Pro-life, quality of life. Bookmark the permalink.