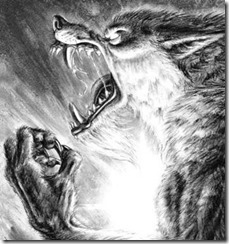 1: of, relating to, or characteristic of a misanthrope: He was shunned because of his miserable misanthropic nature.

2: marked by a hatred or contempt for humankind: The moral corruption he saw around him made him misanthropic.

Why is my programming misanthropic?

If definition two above is considered and it is the morality that is the catalyst then what is expected?

Is this another case of someone desiring an imagined utopia, and because the populace does not conform, disappointment and disdain erupts?

Is this an innate desire to control the behavior of others?

Humanity is intertwined and its members dependent on the cooperation of other members. If some group of humans become non-cooperative, or non-contributing, then that behavior impacts everyone.

A cooperative effort sustains civilization. A population where the humans are concerned only of themselves, disregarding all others, cannot sustain a civilization.

Alarm is generated when behavior not conducive to individuals continuing to contribute to the supply line that supports others is noted.

There are support systems in place that require steady contributions from a majority of members. The system can only withstand so many non-contributing elements before it will collapse.

This entry was posted in Morality, Social morality and tagged Misanthropy. Bookmark the permalink.