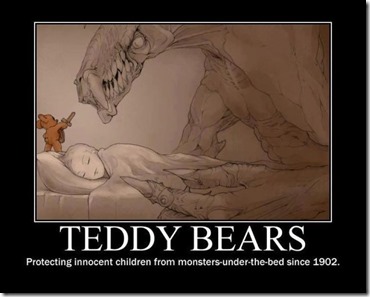 Did you have an imaginary friend when you were but a child? Did your imagination make that friend seem real? Did you talk to that friend and then hear it respond in your mind?

There seems to be a need, even in the adult human, for guidance or consultation from a higher source, a better source, a more moral source. Seen in children who invent their own and in adults which accept the sources that have become common among their peers and parents.

The famous pair, a boy and his tiger, Calvin of the comics, is a famous analogy. His tiger is brave, more intelligent, faster, and more cunning… everything he wishes for himself. The tiger is always there for Calvin, never absent, never leaving him wanting.

Fabricated by his imagination due to need and fueled by his conscience, Calvin’s tiger does not exist…except to Calvin.

Humans are afraid of many things, though less and less of predation these days. Now they fear the loss of job, support, and being ridiculed by their fellow humans. They fear natural disaster, doom from space, and even the loss of their car keys. A person fears many things. As a child they were protected from harm by their parents… not that a child does not have fears, but there was always someone they could count on. An adult seeks companionship but needs more than simply someone equal. They also seem to need a father or mother figure to protect them from things that others cannot.

It is difficult to let go of such things. To stand by oneself knowing that you are the only thing keeping you from harm (others may help, but can’t always be there) is a very difficult thing to endure. Is it no surprise then that atheists are so few? Could it not be said that the only true adults in this life are atheists?

But God… yes, let’s discuss god. Have you ever seen god? Has god ever spoken anywhere but in your head? When in time of need and god speaks, couldn’t that be just your conscience? Attributing an inner voice to some deity could be said to be a mental malady. It’s you, yes you, that speaks with suggestions from the inner most mental bearings of your own mind.

Children have their Teddy-bears, adults have their gods. Oh yes, I am certain, very certain, that it is as simple as that.

This entry was posted in Religion and Reason and tagged imaginary friends, Teddybears. Bookmark the permalink.