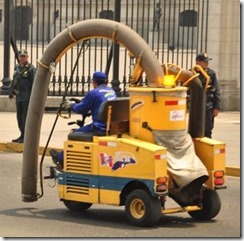 There are many reasons why humanity just plain sucks. What? Of course this post is my opinion, and no I don’t want any criticism, constructive or otherwise. One of the main reasons it sucks for me is that over one-half of the human race has seemingly turned against the other half… for no good reason whatsoever. Although at most 18% of women claim the nefarious label “feminist”, they have convinced a majority of the rest of women that they have been oppressed, held back, discriminated against. Of course this isn’t true. They have created their own lives and problems and simply are unable to take responsibility themselves and so are blaming men. Knowing what I know, and I have looked deeply into the movement, it has changed me considerably. I don’t like it one bit.

The nature of society has always been gynocentric with men and women alike being concerned about the welfare of women, but women not caring a bit about the welfare of men. Even back in 1912 as the Titanic was sinking the cry was “Women and Children first”. Men sank with the boat. Note the headline remark: Women and Children Safe, but Few Notable Men.

Men have often been forced to enter military service via the draft. Women never have. Yet, when it comes time to honor the military dead the commemoration always reads: We honor the brave men and women. Men have died by the hundreds of thousands. How many women have died?

How many men? By asking this question I found out that they just list them as casualties, not keeping a separate count.  but here is a comparison, just subtract the women above from those on the graph.

It’s the same way with news reports. If a mass accident occurs it will say something like 4000 people died including 20 women. They seem afraid, or reluctant to mention that men died. Feminism has cost women my respect. See the chart above? When that many women have died in service to our country perhaps I will respect their service. 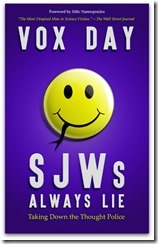 must not criticize these minorities in any way, or disagree with the ongoing narrative active at the time. A group called SJWs will attack you relentlessly, hounding you till you leave or are parroting the same lying propaganda they are. Keeps me separate, as I refuse to comply.

American society especially sucks. Capitalism is one thing, but it is carried to the extremes. No one can afford medical care in the United States. Yes, people go to hospitals. Yes, they have insurance. But the

insurance only pays a percentage and even the amount that remains is so enormous that it means bankruptcy for many. Our retirement is in peril as a result. Doctors and hospitals are clearly in the process of killing the goose that laid the golden egg. Medical care should be free and a right of all people.

It makes me red-hot when someone asserts that social security is socialism, that Medicare is socialism, and that America is a Capitalist country. Believe me they do not know what it is they are saying. How stark and unforgiving would pure capitalism be? Think the homeless are numerous now? Think about half of America being homeless. But I forget, that’s what business wants… a willing crew of slaves to fill its needs.

This entry was posted in Morality, Political comment and tagged Humanity sucks. Bookmark the permalink.