The Gynocentric Nature of Society … December 8, 2014 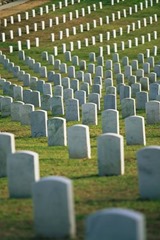 Society has always been to some degree gynocentric, that is, valuing female life above male life. At one time evolution would dictate that such an evaluation was warranted. Now that human population has reached its present magnitude, evolution no longer holds sway. It is now only through arbitrary choice by the masses that females are considered of more value when push comes to shove. This unwarranted view has resulted in much discrimination against males.

The cry during tragedies has always been and continues

Any man who speaks against this societal

discrepancy is shamed into by silence by shouts of “man-up”, “be a man”, or “suck it up and be a man”. So the discrimination and devaluing of men continues.

For close to fifty years now, since the 50s, and the 60s, men have been denigrated on a continual basis in TV programs and commercials, in movies, and in print. In TV, commercials, and in  movies it is the well-meaning but clueless and bumbling 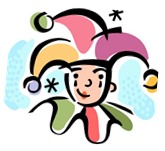 father or man. Men, boys, see these things prominently discoursed daily and are expected to ignore it. “Man up” he is told, “be a man”, the public shouts at his protests, a public that is surprised and scratches its collective head wondering then why they find his body after an apparent suicide. There has been a war on men for around six decades now.

Disposables are what men are considered by a society that seems so much like a matriarchy rather than the patriarchy often proclaimed. Only men must register putting their lives on the line to receive rights that women receive without making any commitment whatsoever. This, however, is not the only point in life where the scales of justice are tilted. Men receive extravagantly longer sentences for the same crimes than women. There is talk in Britain now, of closing all women’s prisons, the reason being that they do harm to women. Yet, the harm such places do to men 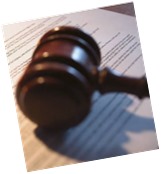 has always been apparent and nothing ever suggested to correct it. On the topic of parenting, society assumes the mother would automatically make the better parent, even in cases where the mother has previously been accused of trying to murder her children. Divorce is almost always decided in women’s favor. The courts have nearly destroyed marriage and many men will no longer even consider it.

Society, after being so tilted, then wonders why so many become misanthropes. There are many of us out there. We are but a reflection of the treatment we receive. The uncaring public has generated a class of people, much like myself, who reflect that uncaring attitude back to a deserving public. We are people who look upon the miseries of others, feel that misery because biologically we have no choice, but choose to do nothing because we are also bound by evolution to reciprocate. That is what it is all about, life, that is. Reciprocity. You get what you give. Society treats men like disposables. Men, intelligent men who can feel, anyway, in return treat society as disposables and care not for the fate of humanity.  They, I, wish so very much it was different. We are bound by reciprocity. Altruism, always an idealistic concept, does not, in reality, exist.

This entry was posted in Morality, Social morality and tagged Gynocentric, Gynosympathy. Bookmark the permalink.