I disagree with some “scientists” in that I think it possible for people to know rather than simply to accept or believe. One thing I know is that there is no God, god, or gods. 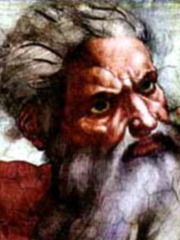 The concept of a God, god, or gods is of human invention. Not only is god a derivation of our infantile awe that we held for our parents it is also a product of our effort to explain phenomena we found frightening and mysterious.

There have been many religions invented in humanity’s history and it is true that, as expressed by many, each religion is unlike any that came before or after. If there had been one true deity or many true deities this would not be the case.

Outside humanity there is no evidence of the god concept. Ritual developed by animals and humans are the result of the manner in which our brains learn. If something works most of the time, some action, some ritual, even if it fails at other times, becomes habitual.

There is much secondary evidence that leads to the almost ironclad proposition that such a deity as described by modern religion does not exist. For that deity to exist much of what we find in nature should not exist. This or that flaw in humanity’s physical body that points directly to continuous modification over millennia rather than instantaneous creation cannot be dismissed. Fossils existing in predicted depths and arrangement showing creatures that adapted over time by evolutionary means to changing conditions and locales is overwhelmingly damning to the concept of a supreme creator god. The fact that genetic evidence has now come along puts the lid on the coffin of the creator god’s casket.

Evidence that invalidates religion, including all the Abrahamic religions, showing how each were manufactured by human beings in an effort to manipulate others is the dirt that is shoveled over god’s coffin.

Then why do so many “atheists” proclaim merely that “We don’t know.” It is so very clear that we do know, but are afraid to say. These “We don’t know” atheists are truly simply agnostics. As far as I am concerned agnostics are simply cowards!

This entry was posted in Religion and Reason and tagged agnostic, atheism, Atheist. Bookmark the permalink.