Peaceful? The Heck They Are!

Islam claims to be a religion of peace. As we can see from the reaction of its followers to a movie critical of Islam, made in the U.S., peace has very little if anything to do with Islam. 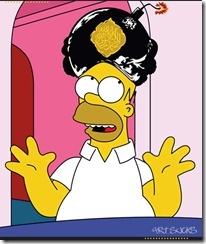 Both Islam and Christianity, as many have come to realize, have always been and continue to be, a plague upon humankind. The resources usurped by these mega-religions could be more appropriately used to provide housing and food for the downtrodden. As far as religion is concerned, however, that would be counter-productive. The poor down-trodden and suffering masses just also happen to be the greatest source of new adherents to these two immoral banes of humanity.

Why is Islam aggressively violent? Whenever an authoritative philosophy comes into power, it exercises that power to enforce its dictates on everyone, not just its members. As their numbers increase, influence increases, as do attempts to force all others around them to conform to how the religion outlines people should live.

These states have a highly religious population of the Christian persuasion, as well as office holders of the same ilk.

Everyone has heard some of the more prominent preachers of the Christian faith make demands that Atheists be arrested, killed, or deported. They are not joking. It doesn’t matter how much the rational think that these people are living a delusion, this delusion is dangerous and can spur them into taking real action. All they need is enough of their numbers in office. The Constitution will not be enough to protect anyone from their religious fervor as they will rewrite it, or reinterpret it to their liking as the school board in Texas is doing with textbooks. It may be that within the next few years we will have to endure an authoritarian Christian regime. 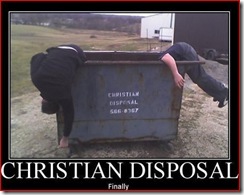 This entry was posted in Religion and Reason and tagged authoritarianism, Christianity, Islam, religion. Bookmark the permalink.

16 Responses to Peaceful? The Heck They Are!