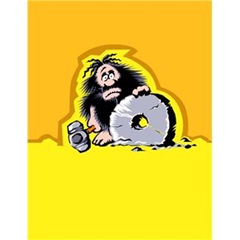 There is much good in humanity. From our humble beginnings as an ape-like creature many millions of years ago we have risen to dominate the planet. Against nearly insurmountable adversities we have prevailed. Among animals we are indeed a marvel.

Population growth is upward bound and out of control. Could this planet support even more? Sure it can support more. The question is: Would life be worth living?

There are many starving people on this planet. Arable land is rapidly becoming depleted. Forests in tropical areas are being cleared faster by the minute, but such land is of questionable value. The soil becomes depleted within a short while and then more forest must be cleared to make new land available.

Water is a major concern. The demand is such that even a brief drought can cause human misery to deepen. Western parts of the United States are screaming for new water resources as a burgeoning population demands more and more. The mighty Colorado is mighty no more.

Public schools can teach sex education. Public schools however are inhibited from giving clear instruction about contraceptives and family planning.

Science is opposed by the same group that spurns population attenuation by reliable means.

Evolution, proven science, is opposed by this group. The intent instead is to teach ancient fables in the classrooms. Much more in the science classroom as well as the laboratory is targeted by this well-meaning but misguided horde. As a result, the United States is on the verge of losing the lead it held in science to other more open-minded countries.

The opposition to science by this “heavenly” horde has threatened the whole of education. They demand that vouchers be given them so they can send their children to private schools that will indoctrinate them in “heavenly” doctrine. This drains the public schools of funds needed to maintain buildings and pay staff. Many schools cannot, as a result, afford the basic needs for instruction to be carried out. The public schools always have done as good a job as any private school, but propaganda distributed widely by the “heavenly” horde has many convinced otherwise. Vouchers are not desired as a means to send little Bobby or Susan to private school, it is a means of draining funds from public schools, causing the eventual collapse of public schools. Vouchers would never be adequate to pay for private schools, in any case.

Then… there are the wars. Wars for resources, wars for terrorism, wars for “heavenly” principle. Those in power rally the troops to war using tried and true “heavenly” doctrine. Most wars are of “heavenly” origin. Many a foreign country hates what we do. 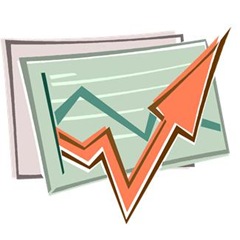 High taxes and a staggering deficit hamper efforts to improve quality of life for all. Wars cost money. Wars have depleted government coffers. The “heavenly” horde pays little tax. The masses must make up the difference in lost taxes and thereby subsidize religious institutions and indoctrination.

Opposition to Global warming, now politically corrected to Climate change, by conservative business groups, who deny that mankind could have any effect on weather on earth and maintain the world was “put” here for our use, have delayed efforts to deter such warming to the point it may be too late.

All of these can be laid, partially for some, wholly in others, at the feet of the “heavenly” horde. They are responsible for these and more.

All for the sake of principles taught from a two-thousand-plus-year-old book of questionable origin written by extremely ignorant men. I blame and I am ashamed for them all.

This entry was posted in Religion and Reason and tagged population, vouchers. Bookmark the permalink.