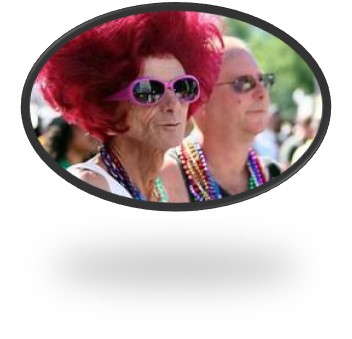 There is a lot of confusion among humans these days. People are making a number of ridiculous claims and demands. You could call it very robust “political correctness”, though it has nothing to do with actual politics. What would be a better designation for it? Perhaps “cry-baby unique-ness seeking”?

All humans have qualities that can be described masculine and feminine. Males are usually more masculine, while females are usually more feminine. Today there is much confusion being generated. Some males that “feel” feminine are claiming that they should have been born female. Some females that “feel” masculine are claiming that they should have been born male. If claims were all that happened the confusion would soon be dissipated. This is not the case. Along with the claims are desires to become what they “feel”. Many simply adopt the dress of the opposite sex. Others take hormones to create changes in their bodies. Some decide to have themselves surgically mutilated to resemble their desired sex.

Anyway, they call themselves “transgenders”… yet another group desiring recognition as a political force to be catered to.

Transgenders are offended by the pronouns he or she, and demand to be referred to as they. (A plural) Humans seem to enjoy adding additional complexity to their socially interactive lives.

Despite efforts to do so, and ignoring actual medical anomalies, humans cannot change their sex. They are born male or female if everything goes normally in the womb. This is what they are for life, either he or she. That is what they shall remain all their lives despite what they might dress like, despite what they want to be called. If they prefer some other pronoun I might suggest instead “organic blob”. “Good morning, organic blob, how is the organic blob today?” versus “Good morning, they, how are they today?” Less confusing, perhaps more grammatically correct.

I realize this will offend some. If I don’t offend them, they will find someone else or something else that will offend them. It seems their desire to be offended.

This entry was posted in Uncategorized. Bookmark the permalink.