The namby-pamby, the wavering, the indecisive, have no direction. Even when they 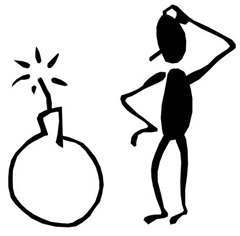 see the merits of a position they cannot bring themselves to promote it, seeing moderation as a better position. They do not realize that the moderation they seek to promote will only work when no one else can make up their mind. In other words, when the vast majority are moderate.

The United States is said to be seventy percent or more christian. If instead of christian you use the term religious, this figure grows substantially. These people

are victims, willing victims, of a multiple millennia’s old hoax. They are usually of conservative bend. Though many among these ranks are tolerant of other belief systems, those that are truly tolerant are fewer than those that claim to be. The conservative never rest in their efforts, their struggle, to make the country a facsimile of their beliefs. Whether it be by blatant swaggering about claiming unique knowledge and belittling those who do not concede to their point of view, or by infiltrating government and legislating laws to reflect their beliefs, they work for the day when everyone toes the line of their belief system.

There are moderate atheists who mistakenly feel that accommodation is better than advocating the end to barbaric belief systems. These atheists think it perfectly okay for the people to live within delusion, as long as they are tolerant of those who do not.

What they fail to see is that the truly tolerant are few and far between and exist mostly within the atheist ranks. Christianity has but one goal: to spread christianity. Islam has but one goal: make Islam worldwide and the only religion. Both religions desire the subjugation of all peoples.

But, they cry, the laws of the United States would prevent this. I assure you they

would not. A belief system that is autocratic can only result in an autocratic government once it becomes the majority. With Islam, becoming the majority, is the plan.

Our Constitution presently guarantees the freedom of religion. Though this be a freedom does not mean that those that see religion as 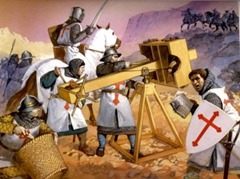 ignorance should advocate the status quo and leave evangelizing, proselytizing, to the ignorant. When you have the right and might of reason and logic backing your viewpoints shouldn’t you spread a little of that around?

So … what will it be? Do you want to sit around and hope everyone, including the terminally religious, becomes a moderate? Good luck in that. 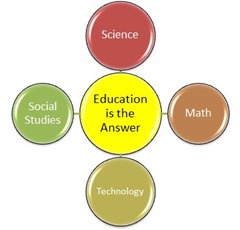 This entry was posted in Religion and Reason and tagged Accommodaters, Accommodationist, Atheist, Christian, Muslim. Bookmark the permalink.